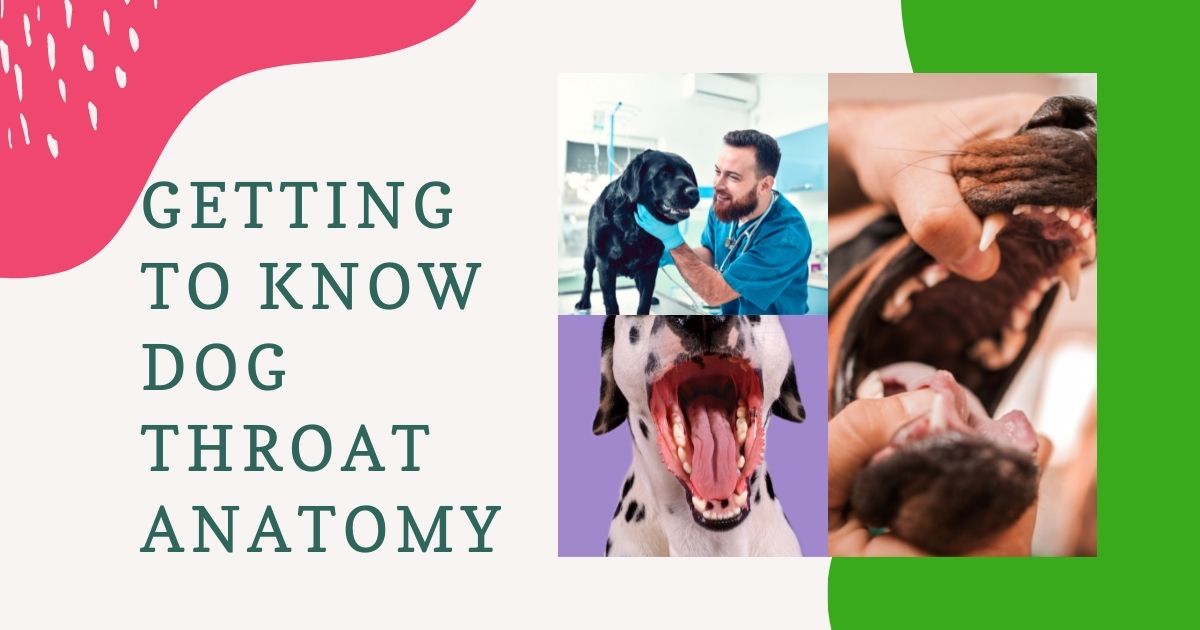 Do Dogs Have Adam’s Apples?

Dog throat anatomy is an exciting subject for dog owners to explore, whether out of sheer fascination or better understanding their dog’s behavior. Do you ever get scared when your dog has lumps on its body? It gets even scarier if it’s in the middle of the neck, like right under the chin.

However, this is a very normal part of canine anatomy. It’s called Adam’s apple.

Do Dogs Have a Uvula?

No, dogs do not have a uvula. Most animals lack a uvula. Humans are among the few species with a uvula and can significantly benefit from it. A dog’s palate is often mistaken for a uvula among its body parts because they both look similar. However, you can note some significant differences between them.

A uvula is a small flap of tissue that hangs down in the back of your throat. It comes from embryonic tissue, which is usually present at birth. On the other hand, a dog’s palate does not come from embryonic tissue. Instead, it develops when two plates grow together near the pharynx during fetal development.

A canine’s uvula is the mostly adipose or fatty tissue that confuses many to think dogs have uvula. They don’t have a lot of musculature in the area because dogs are typically not very vocal creatures. Canines do not need an elongated soft palate to produce sounds required for speech as humans do.

Their palates are short and typically have less tissue than the average human’s palate.

The Parts of Dog Throat Anatomy

The anatomy of the throat in a dog is equally as important as any other part of their body, like dog muscle anatomy and the rest. The dog throat contains essential anatomical elements, each performing a specific function. Yet, the throat is the least understood of all the major organ systems.

Adam’s apple, or the laryngeal prominence, is a bump on the dog’s throat. The spot enlarges, and you can feel the thyroid cartilage quite easily.

When air passes through the trachea, it pushes against this protrusion and causes vibrations that we hear as a rough-sounding bark or hoarse voice. This is the origin of the phrase “dogs will bark” since the first dogs with human-like voices were those that barked.

The epiglottis is a leaf-like structure made of cartilage that covers the opening to your dog’s trachea when they swallow. This traps air in the esophagus and prevents it from entering the trachea.

When your pup takes a breath, muscles keep its larynx closed until they exhale, at which point the muscles relax and allow air to pass over its vocal cords. It’s the same reason why they can’t talk when they have a stuffy nose because there is no air passing through its larynx.

A dog coughs up phlegm or mucus by the reflex of swallowing it. The epiglottis protects it from entering the trachea, swallows it, and sends it along to its stomach for digestion.

The epiglottis also serves as an attachment site for muscles that control your pup’s voice. For example, if your dog’s larynx becomes injured, this is where scar tissue forms due to the injury (although other tissues can become injured as well).

The trachea – also known as the windpipe – averages about 2 ft long (61 cm), depending on the dog’s size. It begins at the back of the throat and leads down to the right lung, where it splits into two branches called bronchi. The larger one leads to the left lung while the smaller one continues through to the heart and lungs.

The esophagus is another essential part of the throat that starts at the back of the dog’s mouth and connects to the trachea. It serves as a passageway for food from the mouth to the stomach. Dogs breathe and swallow simultaneously, so it’s not surprising that this pathway runs alongside the bronchi and windpipe.

The location of the larynx/voice box is at the top of the throat, and it comprises the cartilages and muscles that open and close to let air in and out for breathing, barking, growling, howling, whining, and other vocalizations. The strong opening muscle is the thyroarytenoid, and you can find it on either side of the larynx.

The vocal cords consist of two bands of muscle fibers that can stretch to about 0.08 in  (2 cm) when a dog is barking loudly. These muscles are in the thick membrane at the back of the throat, while the vocal folds or cords are inside as part of the dog anatomy.

When a dog is barking or making other sounds, the muscles open and close the glottis – the space between the vocal folds. The more strenuous activities of howling and whining additional use structures apart from the larynx. Some dogs can bark, weep and howl simultaneously by controlling their tongues as well as the larynx.

The jugular groove is a tendon connecting the sternohyoid muscle to the skin of your dog’s neck. You can feel it under the skin. It gives the illusion of a line or groove, which runs from behind its ear to its breastbone and between its forelegs.

The jugular vein and artery pass over this tendon, supplying blood to and from the head via the common carotid arteries you can feel at your dog’s throat. It also forms part of the dog neck anatomy.

The vestibule of the throat is a hollow tube that contains three sets of glands producing saliva.

Saliva from these glands moistens the dog’s food, making swallowing easier and protecting its teeth from cavities. Also, since there are no teeth in the back of the mouth to chew up food, saliva is necessary for digestion and supplying amino acids to the body.

The vestibule is also home to one of your dog’s vocal cords, which is a fold in the membrane lining the larynx and trachea that vibrates when air passes over it. The vibration becomes a sound that we recognize as bark or voice.

The respiratory system in canines is quite complex, consisting of the nose, pharynx, larynx, trachea, bronchi, and lungs. Therefore, pet owners need to know the various conditions associated with this system. One such condition is tracheal disorders.

Tracheal disorders are medical conditions that affect the trachea (or windpipe). They can either be congenital or acquired. Genetic disorders usually involve abnormal development before birth, whereas acquired disorders occur after birth and may result from trauma, inhalation of a foreign object, infection, etc.

Most dogs with tracheal disorders present with similar symptoms, including:

The most common cause of tracheal disorders in dogs is a fungal infection known as blastomycosis. This type of fungus usually enters the body through the dog’s lungs and then spreads to the local lymph nodes.

It can also reach other parts of the respiratory tree, including the trachea. As a result, dogs suffering from blastomycosis may develop lesions in the trachea that can cause it to become blocked, leading to further complications.

Another common cause of tracheal disorders is an injury caused by foreign objects (such as sticks or bones) or by exudate (i.e., secretion) from the nasal passages getting lodged in the trachea. In such cases, a dog may start coughing to expel the object from its respiratory tract.

Though they are less common than fungal infections or obstructions, tracheal tumors may also lead to tracheal disorders in dogs.

As you can see, there are a lot of exciting aspects to dog throat anatomy that might not have been something you knew about before. But now, thanks to this blog post and the information we’ve provided, you know more than most people do.

Do any of these facts stand out as being particularly intriguing? What is your favorite part about researching dog throat anatomy?

1 thought on “Getting to Know Dog Throat Anatomy”