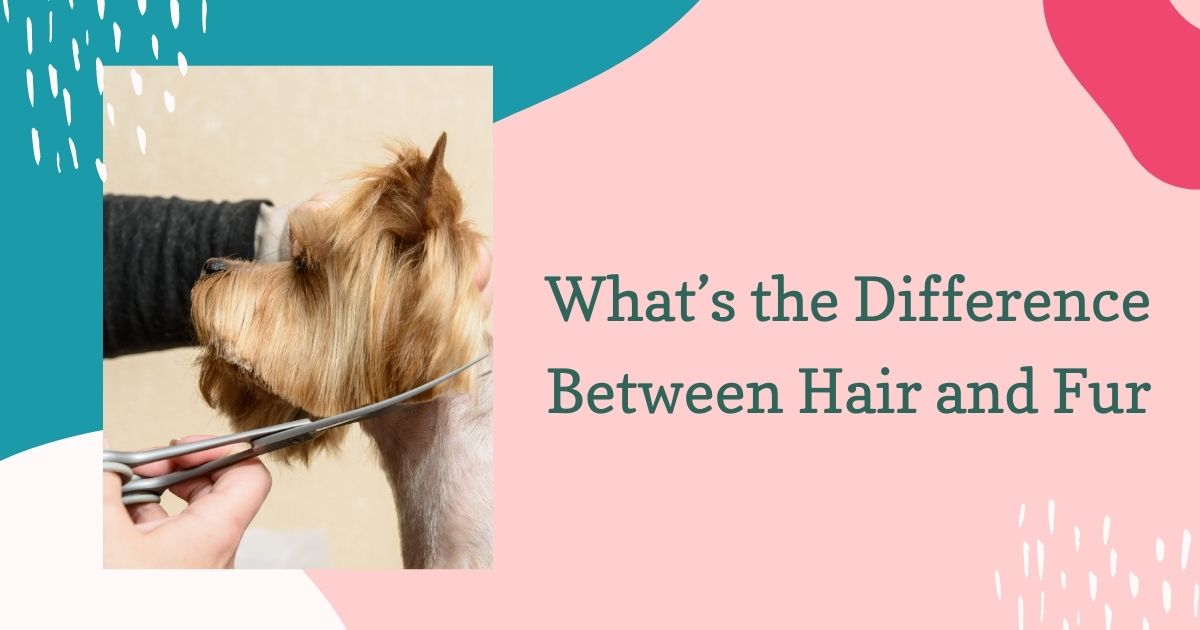 Today we will discuss the difference between hair & fur. In Africa, they say “beauty starts from the hair,” but when it comes to animals, some of these furry four-legged creatures will tell you that it’s fur that takes home the bone. Hair is a trait common in humans, while fur tends to grow on mammals.

Believe it or not, dog hair and dog fur are two completely different things. Though made out of the same protein (Keratine), these materials have very distinct differences that make it relatively easy to tell them apart once you know.

The Key Differences Between Hair and Fur

The differences between hair and fur are pretty easy to spot, ranging from the length, texture, and porosity.  These are some of the distinct opposites between them.

Hair comes in all sorts of looks and styles. Some can be long and straight, while others are curly, wavy, or even coily. Humans have 12 major hair types ranging from 1A to 4C, with each of the four types having three different sub-categories. It’s usually more smooth and refined when you run your fingers between it.

The fur is much shorter and dense, but unlike hair, some furry mammals have two layers. A top coat and an undercoat provide an insulation banner against not only the heat and cold but moisture too. You could say some of them are waterproof to a certain degree.

Hair grows from independent strands called hair follicles and, unlike animal fur, does very little to regulate the body’s temperature.

What Does a Cat’s Whisker Classify as?

Cats are a mysterious species. In terms of their fur, though, most owners prefer calling it hair instead of fur. When it comes to their whiskers, in particular, it’s a whole other story.

Whiskers are classified as hair, and they play the role of sensory receptors helping the feline see better in low light conditions or simply during the night. This is what makes lionesses very dangerous hunters in the dark.

As a means of another interesting fact – Did you know that cats get dandruff too? Read this article about cat dandruff to find out more.

The Human Hair Loss Revolution From Ape to no Hair

Darwin’s theory of evolution suggests that as humans, we evolved from primates, more specifically, an ape species called Sahelanthropus. It is believed that the Homo Habilis was the first sign of the evolution of mankind around 1.6 – 2.4 million years ago.

Early humans such as Homo Erectus had hair that was more as insulation than the accessory it is today. Internal hair like nose hair or ear hair kept dirt out of the nostrils and ear holes while body hair protected against harsh sunlight and blistering cold.

With a very thick head of hair, our ancestors’ brains were protected from the harsh midday sun and kept them warm from the winter cold. Genetic evidence suggests that we started losing our hair 1.7 million years ago. Early humans likely had sensory receptors in their hair that allowed them to navigate their environment better.

Modern humans known as Homo Sapiens appeared around 200 000 years ago. Most scientists believe that losing our hair was a means to adapt and survive in a semi-aquatic environment. Was it better for hunting during the day compared to skin now? Or was it more of a social adaptation allowing us to read each other’s emotional responses?

The Composition of Hair vs. Fur

When it comes to growth, both hair and fur have very distinct compositions. Both are made by a protein called keratin which is also found in nails. As mentioned earlier, hair grows from independent strands called follicles while fur grows in a synchronized pattern over two coats.

Scientifically speaking, fur and hair are the same thing. They just differ in texture, growth patterns, and purpose. For animals, fur serves as an insulator against temperatures and moisture, while some use hair for sensing their environments, such as cats, lions, and other felines.

Texture is relative when it comes to hair and fur. While fur is short and dense to protect the animal, hair is less densely packed and provides very little protection against the elements.

Dog Breeds with Hair, Not Fur

One thing people with dogs that have hair worry about is maintaining it. Unlike fur, hair doesn’t stop growing and sometimes requires shaving or trimming, depending on the season. Here is a list of dog breeds with hair instead of fur:

Dog Breeds With Fur, Not Hair

When it comes to dogs with fur, shedding is quite an issue as the hair falls out at a certain length.

Generally speaking,, hair and fur are relatively the same, with a few slight differences that warrant some distinction. As humans, we have evolved from having hair as a protective measure to hair being a fashionable accessory that we can manipulate to create different styles as we desire.

On the other hand, for non-human mammals, fur has kept its purpose as a protective insulator that plays an integral role in survival.

278 thoughts on “What’s the Difference Between Hair and Fur”